Spring time is here, which means that lots of things will be happening artwise for me.  First is my spring sale on my Etsy site.  I’m in need of space in my apartment for new work, and will happily sell some work at a decent price to accomplish that.  So from now until April 25th, you can use the coupon code SPRINGBREAK to receive 25% off anything in my shop.  I’ve also put up listings that had previously expired (many etchings!), so you can can take full advantage of this offer.  69 (more soon) prints, paintings, etchings, and drawings to choose from. In Phish related news, I’ve been hard at work on stuff to sell this summer.  With my wedding in August, this will be a slim year show-wise.  I’ll be at the Mann Center in Philadelphia (huzzah!  20 minutes from my house)  for their 2 night run July 8th and 9th and Merriweather Post Pavillion in Maryland on July 26th and 27th.  Sadly I won’t be making it to SPAC ($$$), but I won’t discount a possible night at Randall’s Island.

I’ll have some new antelopes to sell, including some Philly related ones. 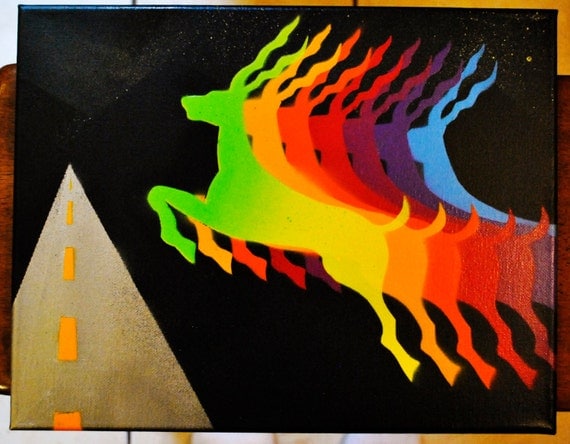 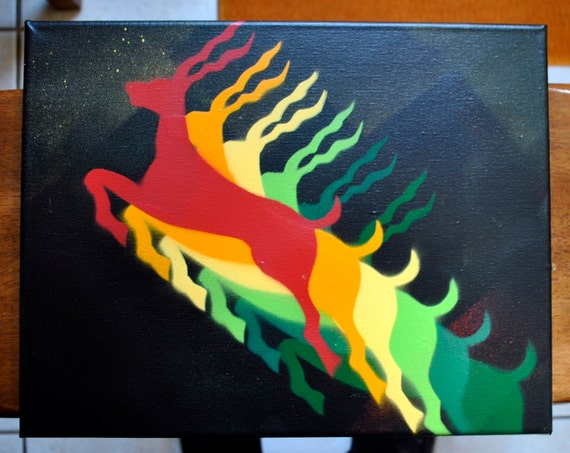 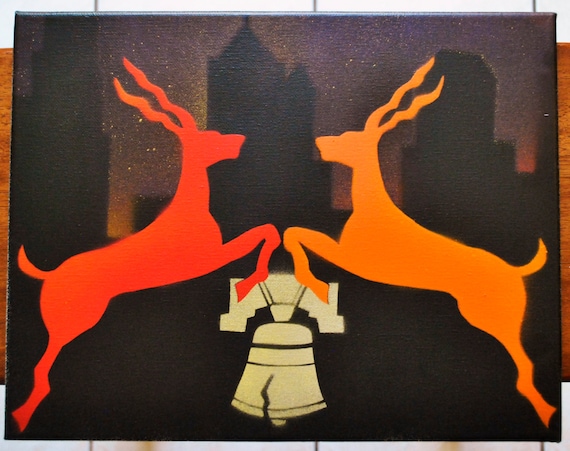 I’m on the fence whether I want to offer these as prints or just try to sell the originals at the lots.  They are currently available on my Etsy shop, but I’ll be making more if they sell out for this summer.

Sketch for a possible Mann Center Poster.  It’s very fitting, since the Mann is right next to the Philadelphia Zoo.  I Actually looked up every Phish song that was named after an animal and drew a map showing where you can find them at the Philly Zoo.  Sadly there are no ocelots or llamas there…

I’ve been continuing the Phish theme in my art this summer.  Last weekend was their 3 day run at Saratoga Springs, NY (I made it to 2).  I’ve spent the week recovering from those shows and preparing for 2 nights at Merriweather Post Pavillion in Coumbia, MD.  During this time I’ve worked on a couple things, including some paintings and sketches for possible show posters.  While working on sketches for Gamehendge, I’ve also been sketching random songs as well.  I eventually ended up with a series that covers their first album, Junta.  I’ll be giving these out/putting them up this weekend, as well as a few in Philly. Time permitting, I’d like to draw other albums, although some of the songs can be pretty abstract.  Any requests?  Just add a comment with your song choice, and I’ll try my best!

I also made this painting that sums up my weekend at SPAC, with the highlight of Sunday.  They played one of my favorites, You Enjoy Myself (YEM) shortly after it stopped raining, and included an unique Run Like an Antelope (run like a meatstick!)  I was debating making prints of it, but for now it hangs on my wall.

Keep an eye out for my Antelope signs on the lot (They’ll be hard to miss!)  If you miss me, I’ll have them up on etsy as well.

Find me in the lot at Merriweather, and I’ll give you a sticker as long as they last!

It’s that time of year again!   With my schedule, it seems a toss up how many shows I’ll make it to.  I made these for the show I’ll be going to in Atlantic City (day one at Bader Field).  I figure if I’ll be tailgating, I might as well make sell some art.

I made these over the course of two days, on account of it being too hot outside over Memorial day weekend.  The antelope was a simple one layer stencil, but the traffic light was 4 layers, no registration.

I’ll have a couple up on etsy, the rest will be sold on the road.