I’ve been continuing the Phish theme in my art this summer.  Last weekend was their 3 day run at Saratoga Springs, NY (I made it to 2).  I’ve spent the week recovering from those shows and preparing for 2 nights at Merriweather Post Pavillion in Coumbia, MD.  During this time I’ve worked on a couple things, including some paintings and sketches for possible show posters.  While working on sketches for Gamehendge, I’ve also been sketching random songs as well.  I eventually ended up with a series that covers their first album, Junta.  I’ll be giving these out/putting them up this weekend, as well as a few in Philly. Time permitting, I’d like to draw other albums, although some of the songs can be pretty abstract.  Any requests?  Just add a comment with your song choice, and I’ll try my best! 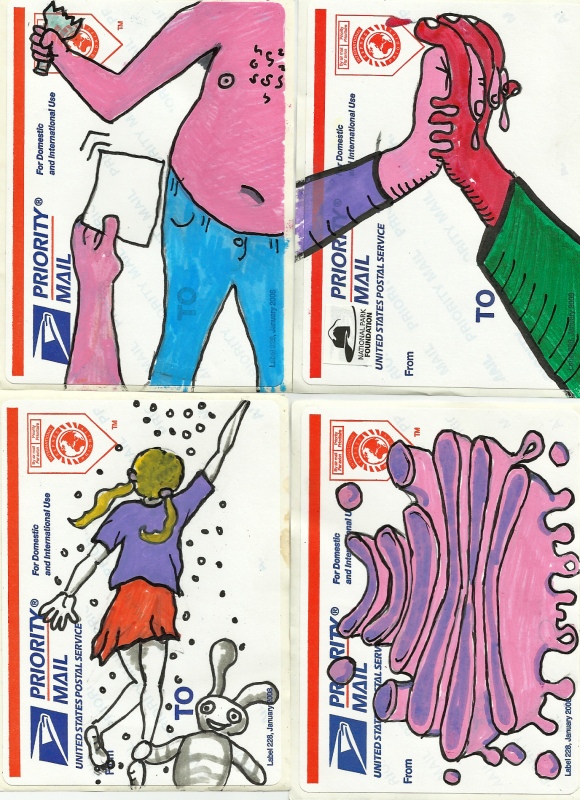 I also made this painting that sums up my weekend at SPAC, with the highlight of Sunday.  They played one of my favorites, You Enjoy Myself (YEM) shortly after it stopped raining, and included an unique Run Like an Antelope (run like a meatstick!)  I was debating making prints of it, but for now it hangs on my wall. 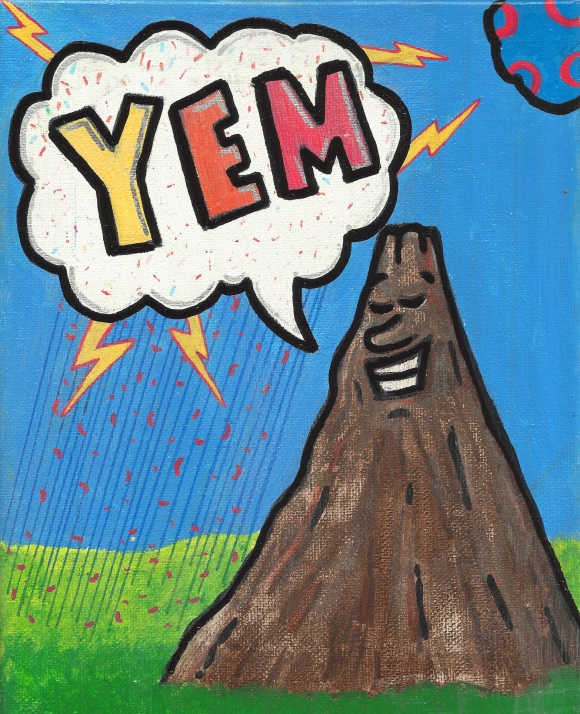 Keep an eye out for my Antelope signs on the lot (They’ll be hard to miss!)  If you miss me, I’ll have them up on etsy as well.

Find me in the lot at Merriweather, and I’ll give you a sticker as long as they last!