This is a suite based off of a Phish song called “Esther”.  A young girl receives a mysterious doll, with nothing good coming out of it.  Block prints 2003

..And she stared at the bucket bewildered
Til he lifted the doll for the young girl to see

And a giant smile grew on her face

And she thanked the man quickly and ran to the church
And she burst through the door with puppet held high
And a hush filled the chapel, and the people looked mean 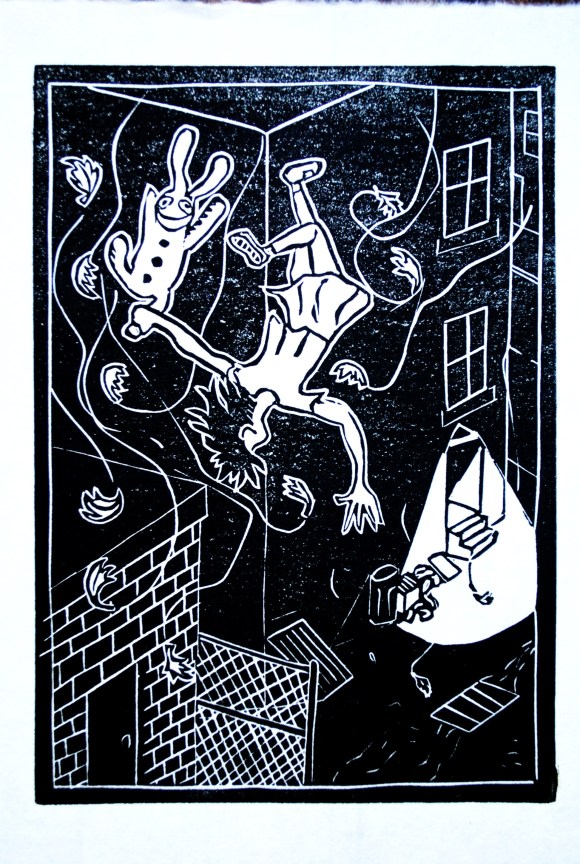 When suddenly she felt a tiny tugging at her toe.
And the puppet she’d forgotten wrapped it’s tiny
Little arms around her ankle and wouldn’t let her go. 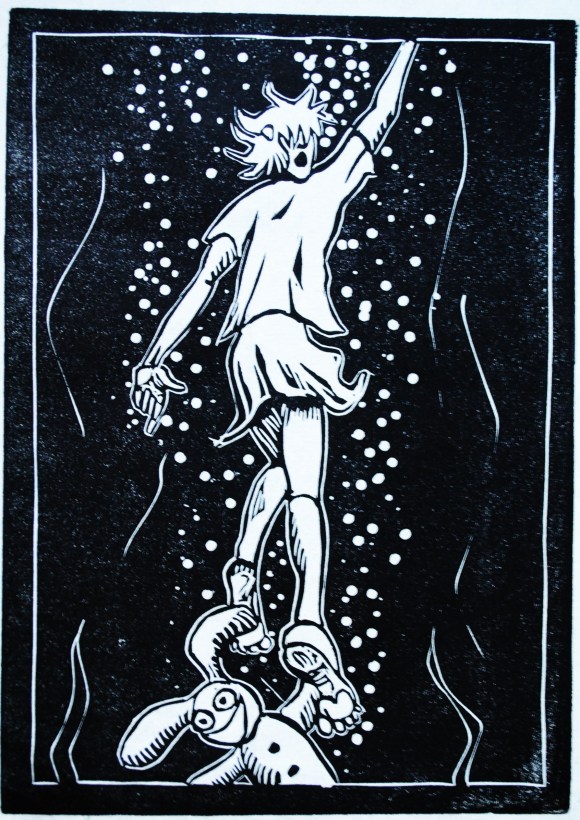