I happy to share one of my recent prints, one of many I have done during quarantine! I’ve had a fascination with armadillos, and have included them in some of my previous work .  I had drawn my most recent one planning to incorporate it into a Phish poster I had planned, but we all know what happened… 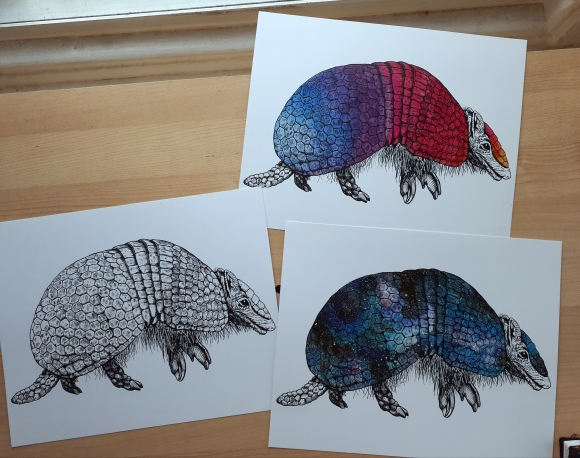 The original was an ink drawing, which I digitally added some watercolor backgrounds.  Prints are 8×10 Gloss Card (110# Cover), and available in 3 signed and numbered editions: Black and white (100), galaxy (50), and warm/cool (50). Prints can be found in my Etsy shop: www.etsy.com/listing/830370493/armadillo-study

I recently finished my latest Dead inspired print, Cats Down Under the Stars.  It is based off the song by Jerry Garcia Band, as well as the art of the album by the same name.  The original was watercolor and ink, and printed on 13×19 thick glossy cardstock and limited to an edition of 50. 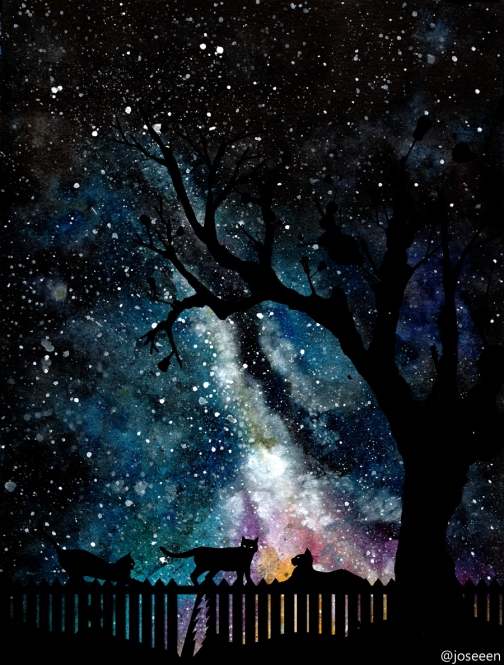 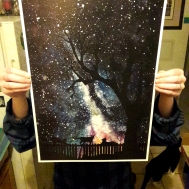 I recently finished two new illustrations, inspired by the music of the Grateful Dead.

I also created some variants of this illustrations: 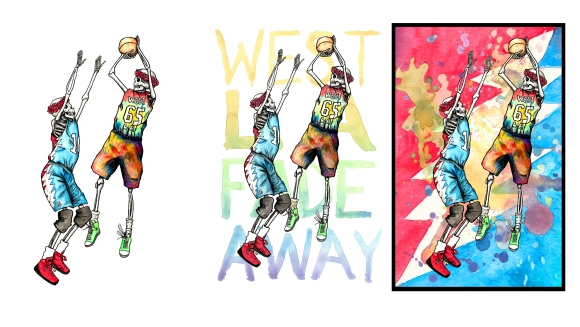 Although I’ve been a fan of Grateful Dead, I had’t done much art related to them until recently.  Last year I was asked to create posters for Without A Net, an all star lineup of musicians playing the music of the Dead. This led me to create a few other illustrations that took elements of my own artwork with a GD twist, which I used to create some posters for the Dead & Co. show in Philly in 2015. And most recently, I created a poster for Splintered Sunlight, an east coast Grateful Dead tribute band.  I avoided illustrating songs as I do for Phish, although I had plenty of people suggesting I do.  It wasn’t until Phish’s recent Nashville show, which had Bob Weir sit in for their second set.  They ended up playing 4 GD songs, which of course I had to illustrate!

I plan to do a couple more songs in the near future, but I’m in no rush.  I want the ideas to come organically, and for it to be original. This can be difficult, on account that fans have been creating Dead inspired art for almost 50 years now!  But it’s a challenge I’m willing to take on!  Stay tuned for some new art in the coming months!

I’ve just finished (and have available for sale) the first four illustrations in the Gamehendge suite I’m currently working on.  Inspired by a couple songs by the band Phish, Gamehendge was originally guitarist Trey Anastasio’s senior thesis at Goddard College.  Originally called The Man Who Stepped Into Yesterday (TMWSIY), it is a collection of songs that tell the story of a retired colonel who is transported to the land of Gamehendge and rescues a document called the Helping Friendly Book from an evil dictator named Wilson.  I have been planning to work on a visual form of it (originally as a graphic novel) for a couple years.  I have illustrated the song Esther as a series of block prints in college, and created 2 stenciled prints last summer.  There are quite a few songs in the saga; 8 in TMTSIY, as well as some additions they released later.  I hope to illustrate these, as well as the narration that accompanied the original thesis in the months to come. I’ll be offering prints for sale, and maybe a book of the complete series, along with visual interpretations of other Phish songs. 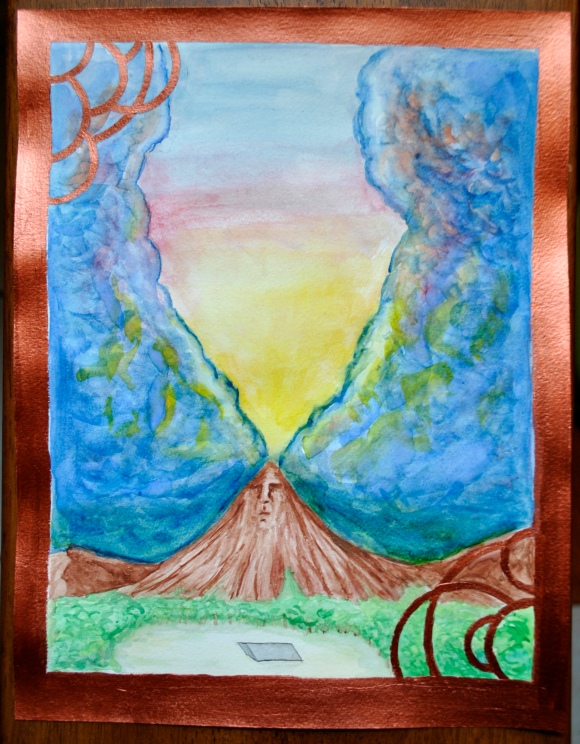 Rutherford the Brave is the head knight of the Lizards who leads a team of allies to help overthrow Wilson, a traveller who arrives in Gamehendge and eventually captures the Helping Friendly Book from the Lizards and locks it in the top of his castle, thus becoming the sole ruler of Gamehendge.  He appears in the song “Lizards”, telling the retired colonel (Col. Forbin)  tales about Gamehendge and the Helping Friendly Book. At one point, he attempts to lead  Col. Forbin across a river while still wearing his armor, causing him to sink.

AC/DC Bag is a robotic hangman with a bag on its head used to hang traitors and enemies of Wilson, the dictator of Gamehendge.  The song “AC/DC Bag” tells the story of the execution of Mr. Palmer, Wilson’s accountant. Palmer was using Wilson’s money to secretly fund the revolution, and was therefore hanged in the town square by the AC/DC Bag, a mechanical hangman.

The Famous Mockingbird is a bird who is sent by Icculus to fly to the very top of Wilson’s castle and retrieve the Helping Friendly Book for Colonel Forbin, thus saving the people of Gamehendge.

I’ll be selling these at the Phish lots at Saratoga Performing Arts Center (SPAC) July 6th and 7th, as well as Merriweather Post Pavillion July 13th and 14th (Fingers crossed for Holmdel, NJ July 10th).  I also have them on sale on Etsy, with a special deal if you buy all 3! Stay tuned for Series II, coming sometime in July!